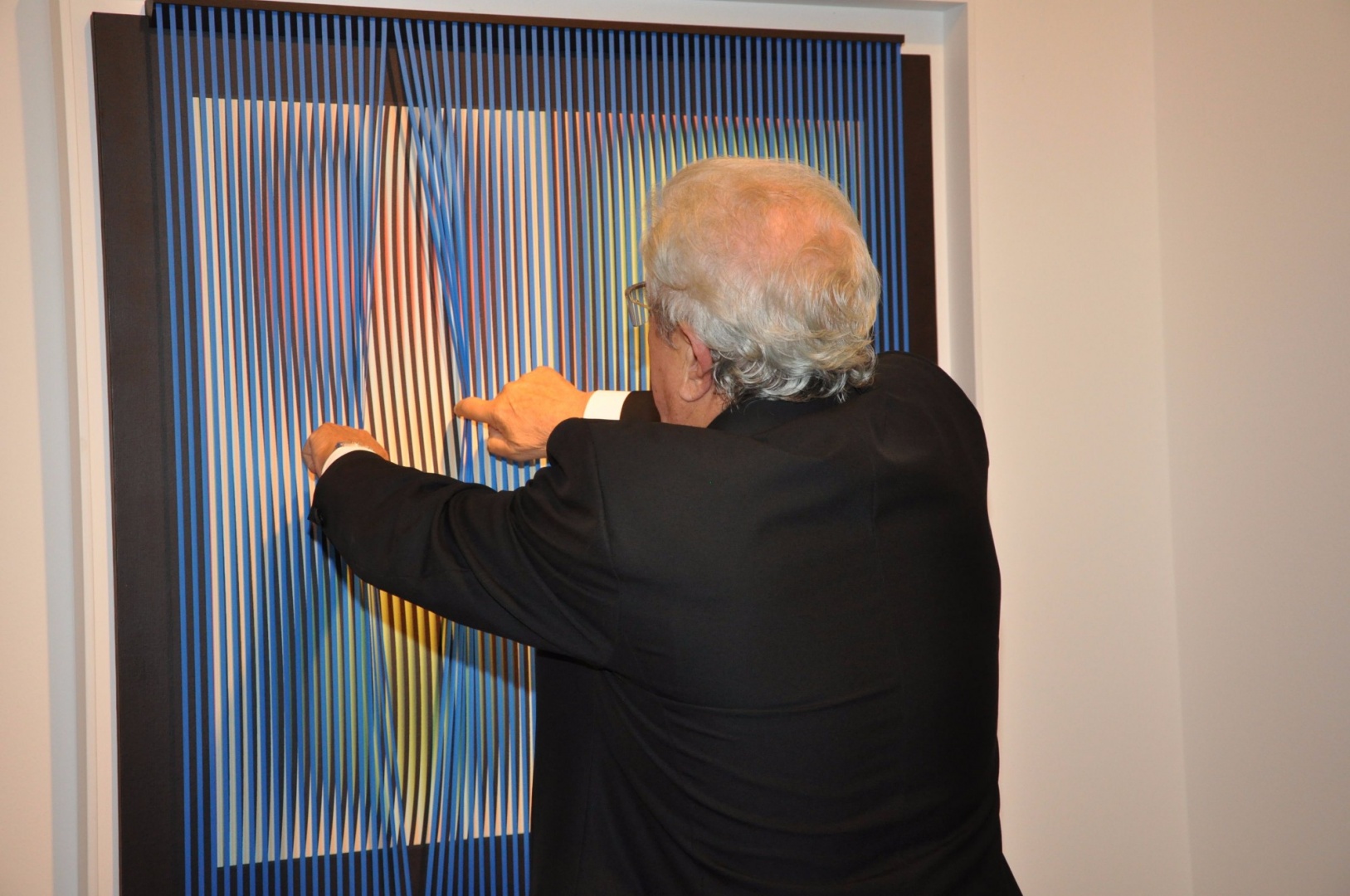 Born in 1937 in Padua, where he still resides, Alberto Biasi is one of the protagonists of Italian art in the postwar period, as well as one of the founders of the historic Gruppo N. After the loss of his mother, he passed part of his childhood with his paternal grandmother in Carrara San Giorgio, a small town in the Province of Padua. Only at the end of World War II did Biasi return to his hometown where he attended classical high school. He later enrolled in the Department of Architecture at the University of Venice as well as in a top-level industrial design course. Upon the completion of his studies, in 1958 he began teaching drawing and art history at a public school. From 1969 to 1988, Biasi served as professor of advertising graphic arts at the Professional Institute in Padua.

In 1959, he participated in various artistic youth events and, with his architectural student peers, he formed the Gruppo Enne-A. In 1960, he exhibited together with Enrico Castellani, Piero Manzoni, Agostino Bonalumi and other European artists at the Galleria Azimut in Milan. Also in 1960, during a period characterized by the spirit of innovation and experimentation, in close collaboration with Manfredo Massironi, he formed Gruppo N. The following year, he joined the movement “Nuove tendenze” (“New Trends”). In 1962, as Gruppo N, he exhibited with Bruno Munari, Enzo Mari and Milan’s Gruppo T in the first Programmed Art exhibition at the Negozio Olivetti in Milan. In 1964 he took part, with the Gruppo N, at the Venice Biennial and, in 1965, he is invited by the MoMA in New York at the exhibition The Responsive Eye.

In this period, especially between 1959 and 1960, Biasi created Trame, rectangular and permeable objects, where the modularity has optical-kinetic implications in the relationship between light and the shifting of a person’s gaze. Soon after realization of the Trame series came another important work: namely, Rilievi ottico-dinamici, overlapping lamellar structures in contrasting colors that spark special visual effects. Later in the 1960s, he produced the Torsioni series – featuring the use of mostly bicolor lamelle to generate optical dynamism through different observer viewpoints – and his Ambienti pieces. He also realized Light prisms, which he designed in 1962 and transferred to environmental dimensions in 1969.

After his Gruppo N experience, Biasi continued his investigation on the interaction between the spectator and the work of art. In the 1970s, he began elaborating Politipi, a cycle to which he devoted himself until the 1990s (when small color inserts appear): characterized by the layering and interweaving of fine strips, it thus alludes to the third dimension. In the late 1990s, Biasi did Assemblaggi, combinations of different, possibly monochrome surfaces – also in diptych and triptych arrangements – where the tridimensional effect takes on greater force. In the last decade, this latter feature has emerged in the form of several vertical sculptures made from steel.

In the span of his more than fifty-year career, Alberto Biasi has participated in many international exhibitions including the XXXII e XLII Biennale of Venice, the X, XI and XIV Quadriennale of Rome, and the XI Biennale of São Paulo among which ITALIAN  ZERO & avant-garde ‘60s, in the MAMM museum in Moscow. He has exhibited in various graphic design Biennales, earning important recognitions including the World Print Competition ’73 of the California College of Arts and Crafts in collaboration with the San Francisco Museum of Modern Art. He has held numerous solo exhibitions in private and public spaces such as the Muzeum Sztuki in Łódź, Poland, the Museo Civico agli Eremitani in Padua, the Museu Diocesà in Barcelona, Palazzo Ducale in Urbino, Palazzo dei Priori in Perugia, the MACBA in Buenos Aires, the MAC in Santiago, Chile, the MARCA in Catanzaro, Palazzo Reale in Genova and Palazzo Pretorio in Cittadella (Padua).

His works are part of prestigious public collections and museums in Italy and abroad, including the MoMA in New York, the Galleria Nazionale d’Arte Moderna in Rome, the Hermitage Museum in Saint Petersburg and the Ministero degli Affari Esteri in Rome. 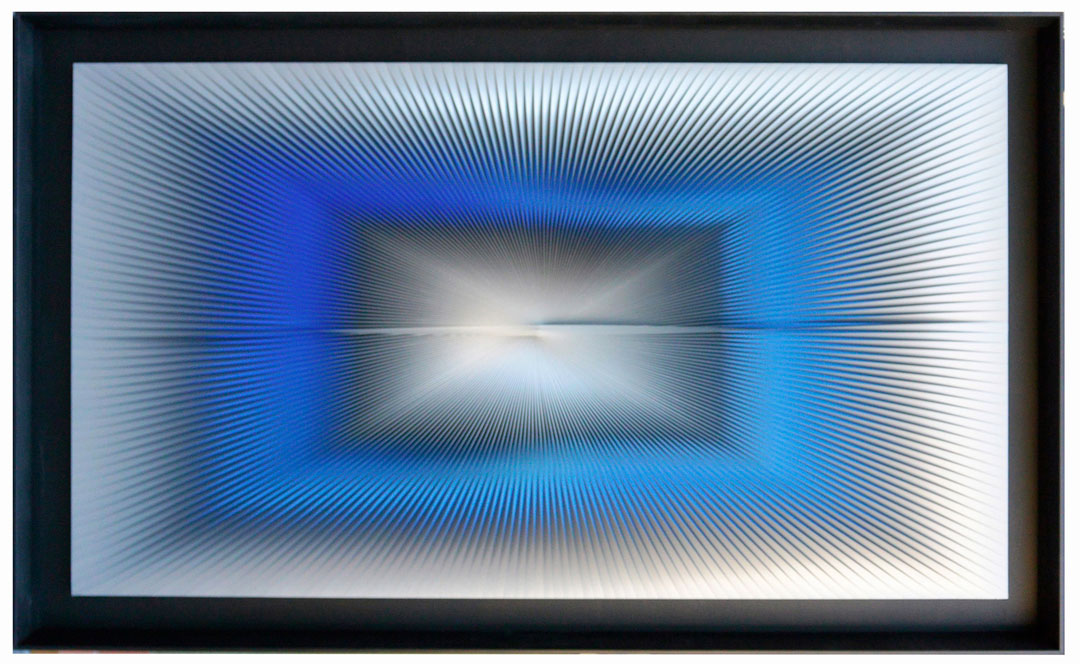 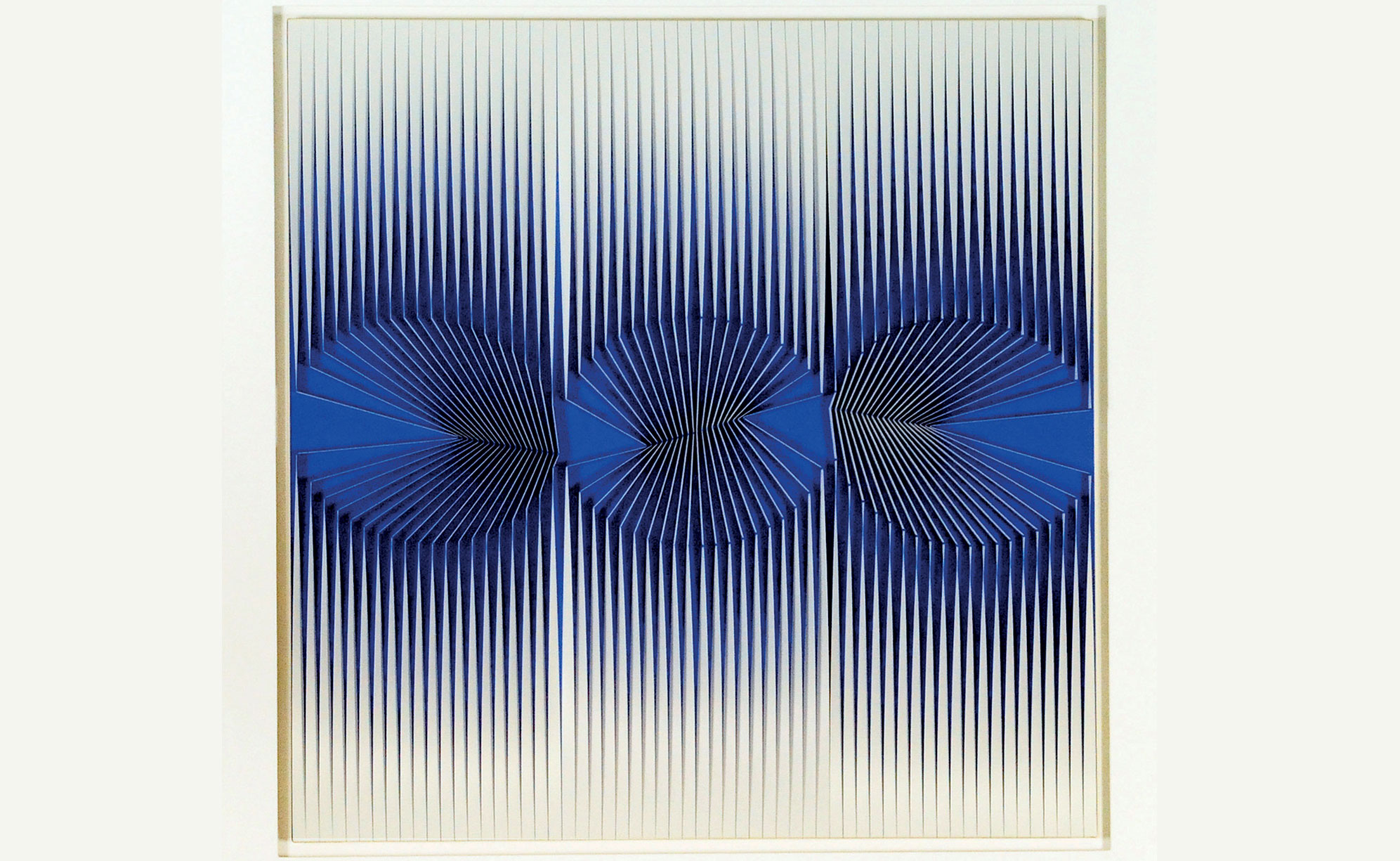